I fell in love with New Orleans a couple years ago. I love the energy, the people, the music, and of course, the food. So with the new Creole restaurant open in the Highlands area, we had to go check it out.

We first met the chef/ owner, Danielle, over twitter. She was searching for a location to open Creole Envie, and was home delivering small catering orders to get her name out there. We ordered from her a couple times, and experienced some pretty mixed results, so we were interested to see how things would be with a real restaurant.

Creole Envie’s original location opened in a nasty, west-end strip overrun with pawn shops, massage parlours, and sex shops… not exactly a prime location for a legitimate restaurant, unless the special is po-boys with a rub and tug. Thankfully, that location was short lived, and Danielle took over a beautiful little spot on 112 ave at 65th st. that previously housed Highlands Kitchen.

Having attended the grand opening a while back, I found that some of the offerings were not well suited to the buffet style serving of the night.  I was much more anxious to try the regular dinner menu with our group of 4, so we ordered big.

Plenty of time for dieting in the new year.

We started out with a drink, because drinking and New Orleans go together like Lindsay Lohan and police reports. Robyn and her aunt got the requisite Hurricanes, which were delicious, and her uncle and I got some beer. Now if this really was New Orleans, our night would start out nice and tame, but soon everything would look like this…

You’re not supposed to steal the guy’s sign. Oops.

We barely resisted the urge to get stupid drunk and throw beads at the other diners. I must be getting old.

Soon afterwards, a complimentary bowl of crawfish arrived for us to try. 3 of us chickened out, so Robyn’s uncle had them all to himself.

A face only a mother could love

For an entree, Robyn went with the Southern Fried Chicken. First off, the portion is very generous. 2 large pieces of fried chicken, plus a wing. Robyn opted for pecan green beans as her side. The chicken hit the table and my first thought was that it was very dark, and probably overcooked. However, nothing could be further from the truth. The chicken was very juicy, and the breading though mildly seasoned, added a welcome crunch. Gotta say, it was pretty darn good.

The green beans on the side, however, were a bit of a disappointment. They were undercooked, but not crunchy. More like spongey. I’m putting this down to the unavailability of really fresh green beans this time of year here. I also ran into a friend at another table, and her comment was exactly the same about the beans. Perhaps the beans would be better as a seasonal side.

Robyn’s uncle ordered the Crawfish Etouffee. Now, I am not a seafood guy for the most part, so I can’t break this one down for you other than to tell you the dish was spotless when he was done, and he said it was the best Etouffee he’s had since Louisiana. That’s pretty high praise. 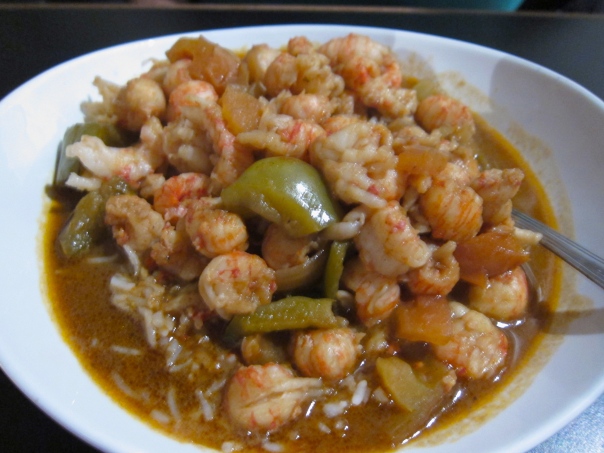 Robyn’s aunt and I both ordered the Andouille Stuffed Bacon Wrapped Pork Chops, naturally. The Irvings chops were juicy, and delicious. If you’re a fan of crispy bacon, juicy pork loin chops, and a meat to veggie ratio that would make your doctor cringe, this is the dish for you! If you’re a stickler for details, the menu makes it sound like you’re getting a double cut chop, but in fact you get 2 pork loin chops. This didn’t matter to me since it tasted good.

We got a couple sides too- I told you we were channeling our inner Paula Deen.

I had heard that the sweet potato fries were some of the best in the city, and I would agree. Especially when dipped in the creole aioli. Definitely in my top 3.

The Grits on Fire, with jalapeno cheese and parmesan was very creamy, and very cheesy. Delicious. I really enjoyed the grits, however we were all left searching for the aforementioned “on fire” aspect of the dish. Again, the dish was very good, but maybe the description is a bit misleading as none of us found it at all spicy.

Grits on Fire at Creole Envie

For dessert we really wanted the Bourbon Bundt Cake that we tried at the grand opening, but it was no longer on the menu. We settled for some Bourbon Pecan Pie, and Bananas Foster Bread Pudding. Both desserts were ok, but nothing to write home about and were both lacking the boozy punch promised in their names/descriptions. I’d sooner save the calories for a second helping of cheesy grits. 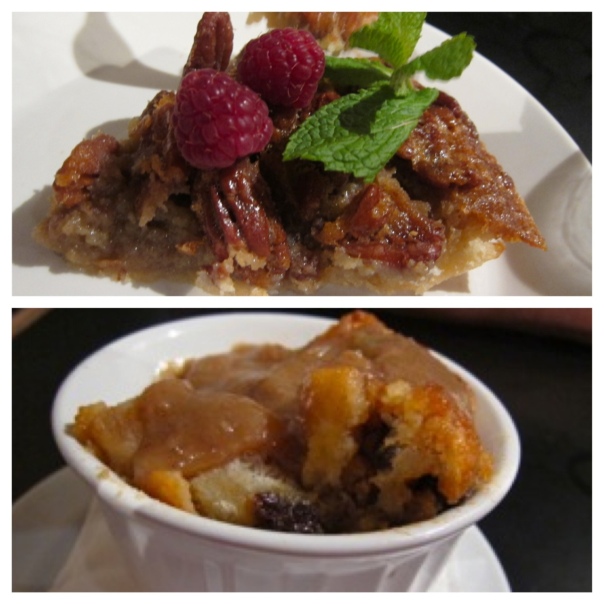 You’re not going to mistake the Highlands area for Bourbon Street, but if you’re craving a little taste of New Orleans, Creole Envie will do in a pinch.